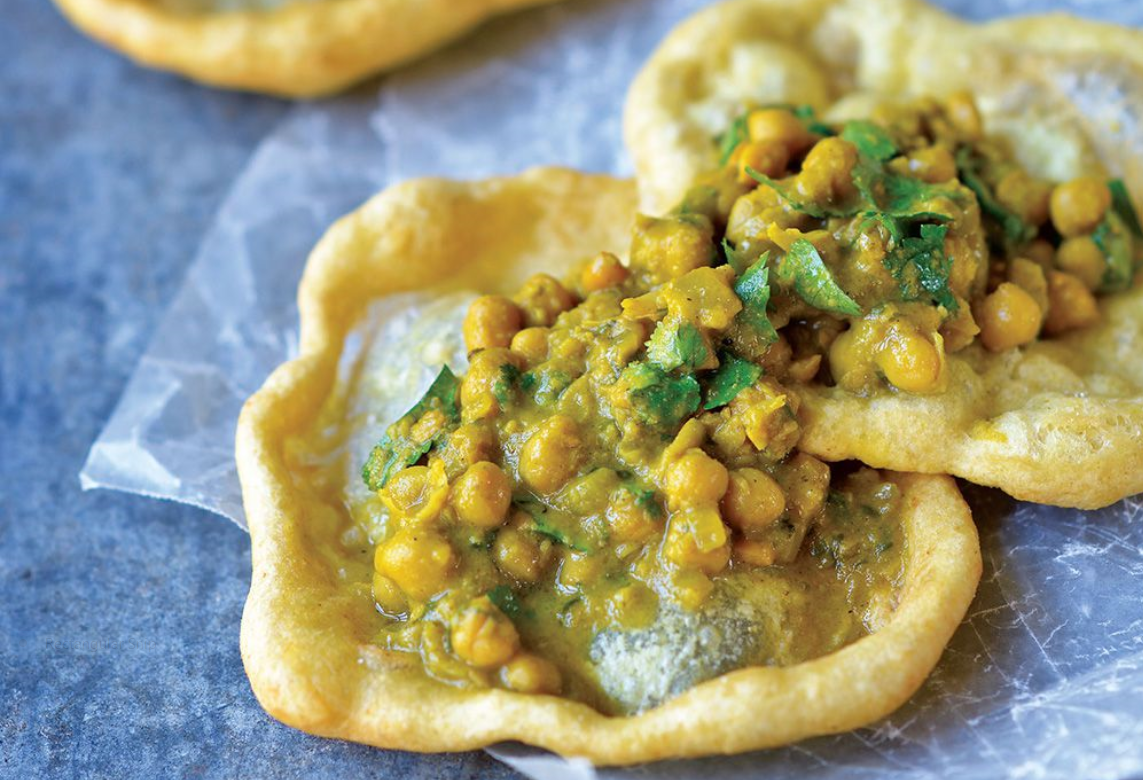 That One Elevator Encounter

Do you remember the days when nearly 15 people would hop in the elevator with you? All crammed together without a care in the world? Ah, those were the days. Now in the era of 2 person space limits and 6ft step cards, we live in a different world. As soon as you enter a space, you are hyper aware of who is there with you. But your interaction in that moment has the potential to be so much more than the chance encounter you think it is.

Take me for example. One day, I stepped into the elevator and noticed that someone was already in there. I motioned to press my floor and noticed that it was already lit - this person was going to the same floor as me. So I turned to look at them and said, “Oh I am going on 29 too! We’re neighbours!” As we got to talking and stepped out of the elevator, our mutual excitement at meeting a new person sparked a budding friendship. We ended up having a conversation in the hallway talking about school, our programs, where we were from, and we ended up following each other on Instagram. We concluded the night by saying that we should hang out sometime, either to go for a coffee or a walk or do something to catch up again.

A couple weeks later, she reached out to me and we eventually found a time to meet up for a walk. We both agreed that we had been staring at our computer screens for hours and the weather that day was too nice to pass up! Since she was new to Toronto, she said “You lead the way!” I am honestly the most indecisive person and all my friends can vouch for me on that, so when she suggested that I lead the way, I didn’t know where to begin!

We started walking and talking. After a few minutes, I suggested a restaurant called Randy’s Roti that I recently visited with my brother. They sold food from my home country of Trinidad. I thought it was perfect because it was something that I could share from my culture that was similar to my friend’s culture as well. It was a lengthy 36 min walk, but since we were chatting up a storm we didn’t even realize how much we actually walked to get this food. We ended up ordering Sahen, Aloo Pie (Picture 1) and Doubles (Pictures 2 and 3)! Highly recommended if you’re a fan of Trini or South Asian food! 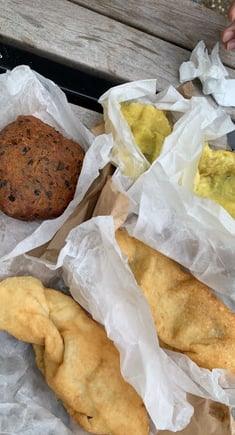 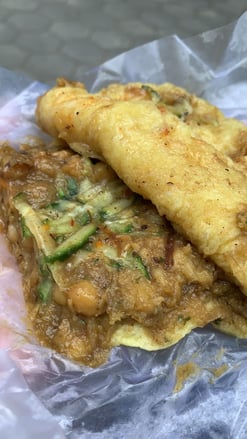 Since we couldn’t dine in (government restrictions and all), we thought the next best solution was to find a park where we could sit and eat. We decided on Queen’s Park! Later that evening, she introduced me to her other friend who also lives in the building. We all got along so well that we made plans for the following weekend where she then introduced me to three of her other friends who also live in the building! To think, my friend group would be missing these 5 amazing people if it wasn’t for that one short elevator ride and small conversation :)

I think the greatest lesson here is don’t be afraid to say hello or start a conversation with someone, because who knows, you might actually become really close friends! People have always said that the individuals you meet in university are going to be those friends that stick around forever. As a 3rd year student I’m already starting to feel that, and regardless, it’s always great to expand your network. Not only will you grow and learn from the experience, but who knows, they might be able to help you out in the future or vice versa one day. Now that you have read this, I would like to challenge you to say hello to someone today and make those meaningful connections - you never know where that road may lead!

Tips for Your First Year in Res

Hey Incoming HOEMies! Congratulations on being accepted into Ryerson! We’re so excited for you to...
Read More

How to Have a Sustainable School Year

The new semester has just started, and I’ve always loved this time of year! After my first day of...
Read More

As the school year starts to get busier with assignments and midterms, it is important to remember...
Read More