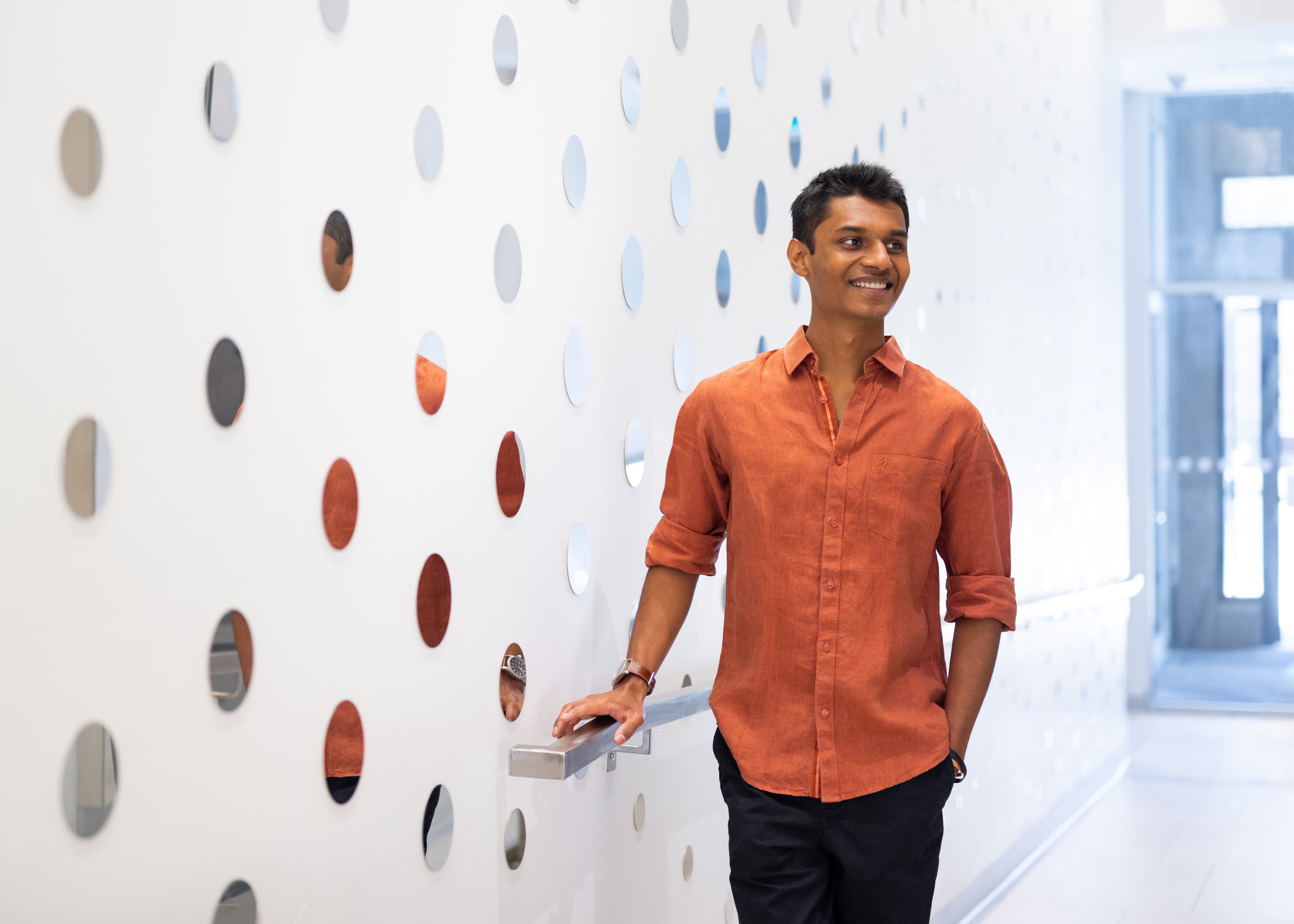 Humans of HOEM Part 2: An Interview with Ani

Hi HOEMies! We hope you enjoyed the first installment of our exciting new series, Humans of HOEM (If you missed it, just click here!). Today’s interview features Ani, a 4th year international student from Singapore who has lived at HOEM for the past 3 years! Pursuing a Bachelor of Fine Arts from Ryerson University with a focus on film, Ani is passionate and driven when it comes to creating art. His production company Golden Duck Studios is working on launching its first project - New Light Network -  a podcast based out of HOEM that aims to connect students with interesting and like minded peers, be a place to learn from each other's experiences and network with the hopes of growing while in your student years. With it set to launch later this month, follow our social media to learn how to tune in!

Now, let’s get to the interview:

Nada: What were you most excited about when you decided to live at HOEM?

Ani: I was most excited to live in the building itself because I saw the pictures and it looked really modern and I am a huge fan of interior design, so this place is just done really well in that regard. The bright colours are very vibrant and make me feel very alive and a part of the community.

Ani: It’s probably meeting a bunch of my friends who are from different countries. Now I can tell people I have friends all over the world and that’s because I lived here and made friends and I had the opportunity. And just spending time with them, talking to them, getting to know their culture, somehow, we just got along really well. Just enjoying time with them.

Nada: Did you meet anyone you’d consider a friend at HOEM? And how did you meet them?

Ani: 100%. I made friends who are from different countries which is cool, and I keep in touch with all of them. And I also found one guy who I really hit it off with. His name is Rob, he’s from Australia and he’s in film too so when he came on exchange, he was in the same program as me. We even had a course together so that was really fun. We even speak now and sort of mentor each other on our projects. So yeah, I gained a very valuable person in my life due to HOEM.

Nada: Any word of advice to international students?

Ani: You won’t regret coming here. It’s what you make of it during your stay [that’s important]. Yeah, the building’s nice, the interiors are nice, very comfortable living, but it’s actually about you putting in effort and finding people you want to network with or meet. You just have to be proactive.

Nada: What was your first day at HOEM like?

Ani: I was just happy to have my own private space. Ease into the university life because it was quite overwhelming for me at that point so that was the first day, just relaxing, making myself calm and looking forward to what’s ahead

Nada: What’s your favourite way to spend your free time at HOEM?

Ani: My free time is spent enjoying the nice views that HOEM has. Either in the common rooms or the nests. I just go hangout there. If it wasn’t for COVID, I’d be down here in the living room, spending my time here.

Nada: What are you looking forward to this summer?

Ani: For the summer, of course you know, everything being close, it's a little challenging, but I'm looking forward to making myself more proactive, signing up for new things. I'm going to be the president of my course union so I'm putting myself in these roles that are outside my comfort zone. So I think this summer is just dedicated to my personal growth. Because I'm going to graduate next year so I'm going to use that growth to kickstart my career. So that's what I'm looking forward to.

Nada: What’s your biggest hope/goal that you have for the next year?

Ani: Have a good head-start on my career. I hope to establish a few strong foundations here and there that I can then capitalize on when I graduate.

Nada: Who are you inspired by?

Ani: I am happy that I got vaccinated! 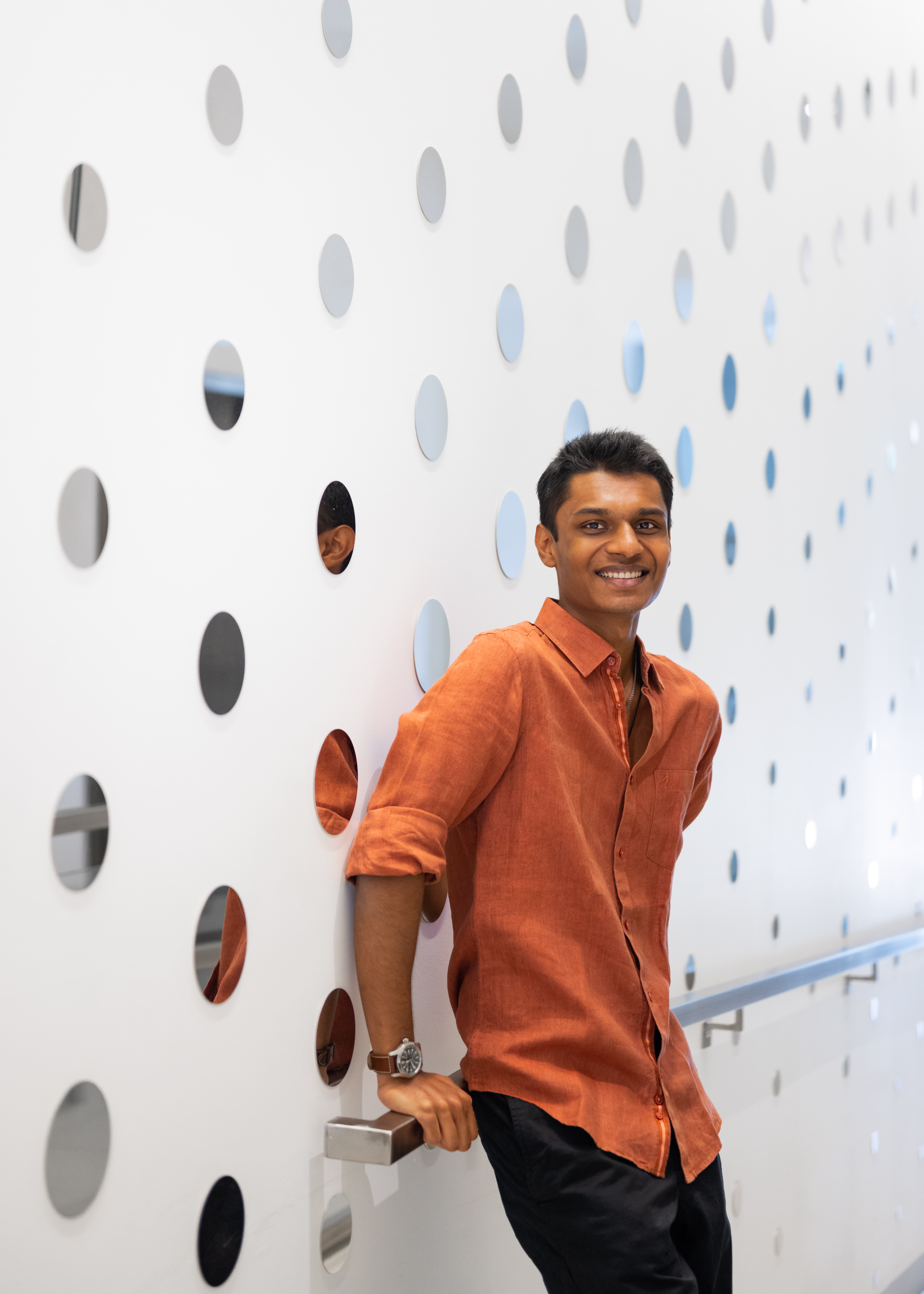 Nada: How has it been like living at HOEM during the pandemic?

Ani: I think HOEM has been very helpful to their students during COVID. More so than any other student residence I know. HOEM has achieved this nice balance of letting students live their life in a nice way during the pandemic while also making sure they’re in a safe environment, nothing’s getting breached in terms of safety, so I think it’s been good. I have still been able to make friends and take up new endeavors due to the pandemic within the building and the staff is quite nice and they’ll help if you need anything. I think the best part is that they really take care of their students.

Nada: Do you think it’s important to live in student housing for at least a year?

Ani: Yeah, I think coming from a guy who's lived all four years on student res, especially being an international student. One of the most convenient things of living in a student residence is that you, you have to put less effort into making friends, compared to if you were like somewhere else. So you're always going to run into people from your own program and it's nearby campus as well. So it's good to familiarize yourself with the campus and the city. And HOEM being in a very central area as well. You know, I think it helps. But most importantly, if I was to zero in on one detail, I think it would be the social aspect because you have to get to know people, you know.

Nada: And what are your favorite places that you visited in Toronto?

Ani: Um, there's always a few places that I would go, if I need to, like clear my mind. It's just feels therapeutic for me to go [out] because Toronto is a great city to walk in. And I'm a city person. So I like walking in the financial district, just sitting, taking in the city - there are some really nice iconic locations that you’ll see, like [from] films and TV shows. So actually, you know, seeing that on screen, and then seeing it in real life. And when you're just sitting there, you're kind of taking it all in, and I'm a film student as well. So that helps. And, of course, the waterfront over here, very peaceful area. It's a very complete contrast from what the city is. So you have the best of both worlds. And, yeah, because with COVID obviously [we] haven't been around that much. But yeah, a lot of nice restaurants as well.

Nada: How have you kept yourself active during the pandemic? And when I say active, I mean, your mind as well.

Ani: Okay, this is actually going to be a very long answer. You know, being locked inside, all the time, it can get a little demotivating. And you know, you could resort to all sorts of addictions, especially social media addiction. I think that's the main thing and getting addicted to eating junk food, very easy food. So I think the best way is to just sort of push yourself to make the best out of it. I guess just work out at home - whatever - even if it's like 10 push ups a day, just do it. It's also about being self aware that because you're locked in so much and everyday is tedious, you're sort of going to fall back on these like daily patterns. But if you're self aware enough to like break yourself out of those patterns, your mind can stay fresh, and it actually won't even feel tedious to be inside. You know, it's just the difference between looking at it as being lonely or being in solitude. So solitude is good, loneliness isn't. So you can position things in a way where you're in solitude, and then you don't feel lonely.

Nada: What are struggles, like main struggles that you've faced during the pandemic?

Ani: My main struggle is absolutely social media addiction, because, you know, we're so bored in our houses that, you know, the minute boredom strikes, I'm just on my phone scrolling through Instagram mindlessly, and it's just hours and hours of my day just gone. And, you know, it's very easy to fall back into that pattern, especially when you're not talking to a lot of people. So that was the biggest challenge, I would say is that breaking out of that, being self aware, actively working on it, putting rules on myself, you know, like when I wake up, don't check my phone for the first two hours, things like that.

Nada: Social media can definitely be a very dangerous place.

Nada: Well, what struggles have you faced as a film student during the pandemic?

Ani: I think just the production aspect of it is just very tricky, you know, all these rules; Creativity is supposed to just be a free flow process. And with all these rules, and everything imposed, you know, we had this rule that we can't have more than five people on set and we all we have to respect things like wearing masks and stuff. And, you know, being in a very expressive art form, face to face interaction is so important. And I think that aspect was totally diminished because of the pandemic.

Nada:  And would you say the pandemic took a toll on your creativity?

Ani: No, actually, it made me more creative. Because when, again, like, if you don't fall back into those patterns that kill your boredom, kill your creativity, and you just fulfill your boredom with mindless entertainment. Boredom is actually a very good thing. The more you're bored, you know, you're more likely to come up with creative stuff, creative thoughts, and things like that. So that's the silver lining for me is that the fact that I've spent so much time alone with myself. It's actually fueled my creativity, rather than diminish it.

Ani: As an artist, like the content itself, I don't compare and I don't think that's something that artists should do because art is unique, art is subjective. But if you're comparing, let's say, like how successful the other person is, that's wrong, because your circumstances are different. You've lived completely different lives, you know, different people. So if they already have like a feature film, and you, you know, don't have the funds to even create like a short film, it doesn't mean that you're any less of an artist or have achieved anything less. You're just at a different path of the journey. That's it. So comparison is the thief of joy. And it is also not a good metric.

We could talk to Ani all day! Thank you so much for reading :) Stay tuned for future installments of our new Humans of HOEM series as we gear up to welcome our HOEMies for the Fall semester!

Humans of HOEM Part 4: An Interview with Mario

Hi HOEMies! We hope you’re enjoying our Humans of HOEM series so far. If you haven't had a chance...
Read More

Humans of HOEM Part 5: An Interview with Steve

Hi HOEMies! The Humans of HOEM series is well underway and we hope you’re enjoying learning about...
Read More

Transformative Experience: Living in residence in the bookends of my time at university

As an international student, integrating yourself in a foreign environment and trying to blend...
Read More